Why it is Important to Teach Your Kids Self-Defense? 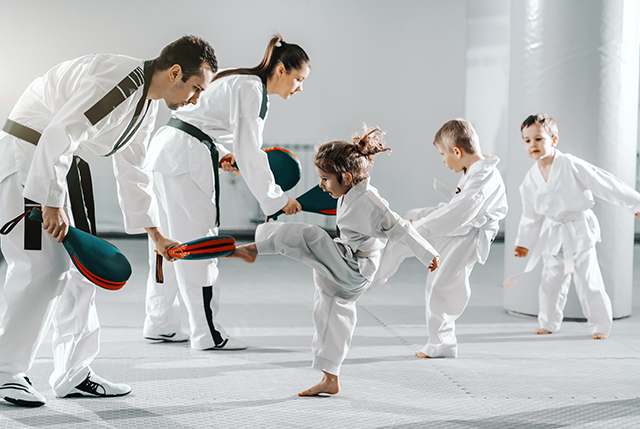 It isn’t easy to think about the potential terrible situations that may arise, resulting in your children needing to know how to defend themselves. Still, as parents, we also need to make sure our children aren’t ill-prepared. It is crucial to teach your children self-defense. Here’s why:

Bullying is considered as unwanted, aggressive behavior toward school-aged children.

Nearly 20% of children between the ages of 12 and 18 have experienced bullying nationwide. There are anti-bullying laws and many bullying prevention techniques, but unfortunately, bullying is a part of social development and is still prevalent in schools today. Teaching your children self-defense will not only provide your children with physical defense skills but could potentially eliminate bullying as a whole. In martial arts such as karate, you learn to control your body and flow with movements. When you understand this type of control over your body, you simultaneously gain impulse control resulting in less of an urge to engage in fights. Ideally, your kids will never have to use their physical skills in a bullying confrontation, but your children will know how to defend themselves if it ever presents itself. A common practice for parents to use to teach their children how to handle a bully is “don’t throw the first punch, but if someone hits you hit them back.” And though I agree with this practice, it often results in both the bully AND the victim getting in trouble. After I had been training martial arts for a while, my parents informed me that if a bully attacked me, I was not allowed to hit them back. Instead, I was only to defend myself and then put my attacker in a retaining position until an adult arrived to help.

Outside of bullying, teaching self-defense skills is carried lifelong and applies in the real world.

For example, roughly 1,500 children under the age of seventeen are kidnapped each year in the US. We can lower this statistic and prevent kidnappings by teaching our kids self-defense. A great martial art for your kids to learn is Krav Maga. Krav Maga teaches defense in hand-to-hand combat as well as weapon defense. When you learn self-defense, you also learn to become more aware of your surroundings. Being aware will help give your children a sense of whether they are in a safe environment, make it difficult to sneak upon them, and even boost their confidence when alone or in unfamiliar places.

Parents love our Kids Martial Arts program in Miami, Why? Because it’s the perfect blend of self defense, personal development and character enrichment. Find out why so many families, just like yours, love and trust Moti Horenstein Krav-Maga MMA

Fitness and Self Defense, two major goals for anyone looking for Krav Maga in Miami . It’s time to change up your work out and get the results you’ve been looking for.

Fitness and Self Defense, two major goals for anyone looking for Brazilian Jiujitsu in Miami . It’s time to change up your work out and get the results you’ve been looking for.